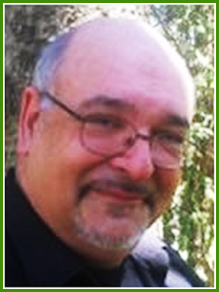 I have been channeling The Willows since 1986 – in a style similar to Edgar Cayce. Unlike many channelers I did not begin Deep Trance by happenstance.
In 1984 I had the great good fortune to meet noted Psychics, Cliff and Linda Preston at a group event. Cliff channels a group of Entities referred to as The Echoes and Linda, his wife, was his Trance Director. At the event, I watched as Cliff went into trance and suddenly I found myself going “to level” with him and somehow knew exactly what The Echoes were about to say. I was hooked. The Prestons and I consequently became fast friends and after some coaxing over the next year or so they agreed to teach me how to channel.

So on a warm June evening in 1986 Cliff popped me into his big lazy boy recliner and asked me to go into a meditative state. I closed my eyes and quickly entered into a deep state of mind. As I went deeper and deeper the bottom seemed to drop out of my reality. I “sensed” a shift of consciousness that gave me the impression I was in a dark, dungeon-like place. I had to get out and began struggling to pull out slippery field stones from the cool, damp wall in front of me. Suddenly a bright beam of light broke through the gloom! Looking through the opening I had created a vision of a clear blue sky over green, park like surroundings burst into my awareness. A young woman in medieval garb was carrying a basket as what appeared to be a knight rode towards her on a white horse.

Before I had a chance to think Cliff and Linda began asking questions and somehow – from another place – I “understood” what they needed to know and began to speak. The interesting thing was that afterwards I had almost no recollection of what had transpired. Even today, after channeling The Willows I still have little or no recollection of a session unless my client begins to share the reading. I never took another class, nor was one offered. I was literally on my own. Years later in conversation with Cliff and The Echoes I asked why. Their answer was short and sweet: “You’re supposed to be doing this”.

My original intent in learning to channel was grounded in curiosity. I have since learned it is a natural and gentle process that allows us to communicate with the Universal consciousness that we are all a part of. I now believe that we all have the capacity to Channel. In fact aren’t we already channeling ourselves every moment of every day?

Your Email is safe with us